I sure didn’t mean to drop off for so long but there it is. Time passed with little to show for it on this here site. Sometimes life requires full attention and quiet. 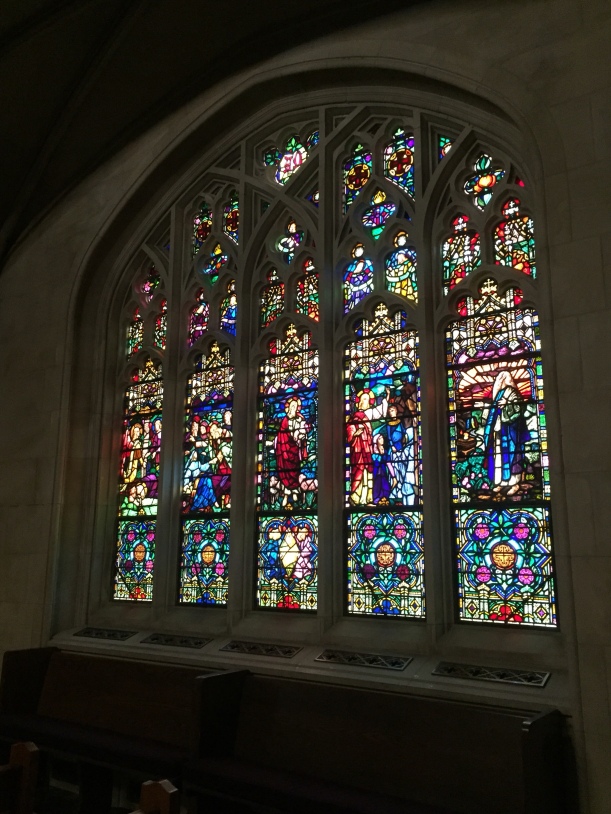 But, in that quiet time I took, I’ve done a whole lot of learning. As I mentioned in my last post, when winter was still hanging on with a mighty grip, I made my way up to Montgomery, Vermont with my friend Susi, of The Felted Gnome Knows, to visit Mountain Fiber Folk. I’ve spoken about the wonderful ladies who fill their co-op store with gorgeous wools, handspun yarns, woven, knitted and needle felted creations. It’s just all so lovely. One of my friends there sold me a loom she’d had tucked away for some time. A four harness, counterbalance, Leclerc Mira Loom from the early 80’s.

Then I spent some time feeling very intimidated and concerned I’d bitten off more than I could chew. But thankfully a fabulous woman answered my call for a teacher to help me! Lausanne Allen demonstrated downright genius when helping me to get to know my loom. Her patience was remarkable. 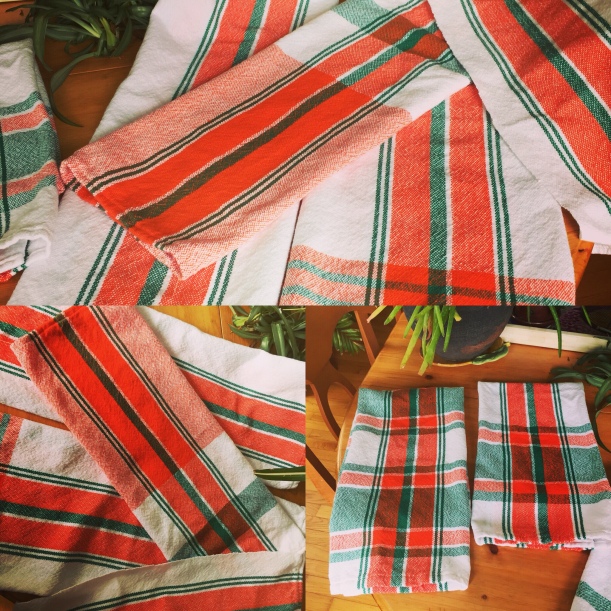 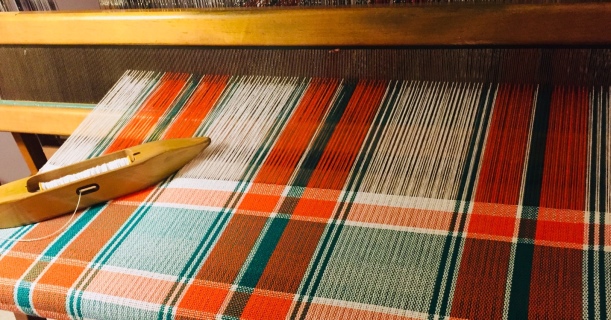 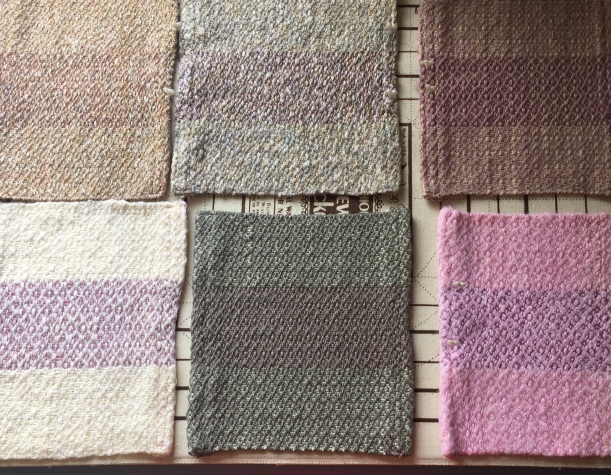 I’ve been spinning some wool, too, and doing a bit of knitting because knitting wooly things in summer somehow works for me. 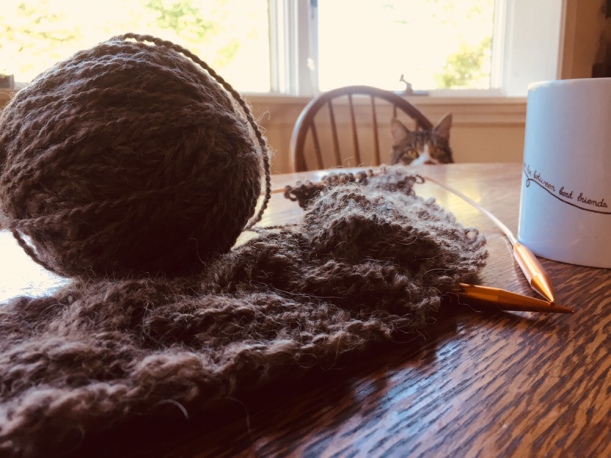 I have so much to write to you about and plan on keeping up with my blog again, at least once a week.

On the way to the store yesterday, my children and I saw a fox running down the middle of the road. It was early in the morning, so the much travelled but domestic road was not busy. We pulled up close to it, and saw that it was in rough shape. Its eyes were squinted nearly shut, its tail bet and injured. It took every amount of self control I had not to scoop it up and put it in the car. I kind of used our car to serve as a sheepherding dog, angling it towards an open field, at least to get it out of the middle of the road. Once it obliged, I pulled off and called the police. The police! I apologized, saying I didn’t know exactly who to call but here’s the deal… and the officer listened, got clarifying information, and said he’d call the Fish and Game Department to check it out. Note to Self: get that number in my phone!

We drove on, wishing the fox luck and feeling mighty sad. I think we all felt the weight of our impact on the world in that moment, in our heavy car on our road surrounded by houses and fast moving life. For the rest of the day, I thought about all the stuff I waste so regularly, even when I make big sweeping decisions not to. I thought about the fact that I don’t know what rabies looks like, or what the technical rules are about picking up hurt animals. It started to snow later, a great big dumping beautiful snow that we’ve been waiting all winter for, and I hoped that the officer really did call the right people, and that the little hurt fox was found and treated with respect. Ironic, given that this last weekend was also the time set aside for the annual coyote killing contest. People are encouraged to kill as many as they can, no restrictions. Prizes are available for all sorts of categories and as you might imagine, there is a lot of debate about such a gluttonous hunt.

We’re a complicated lot, us humans.

About to go on my hook: a beautiful, yummy bit of yarn spun by my friend Carol from Mountain Fiber Folk. This wool and bunny blend will soon be a new friend for Sherman, who needs a bit of companionship as he navigates this world of contrasts. 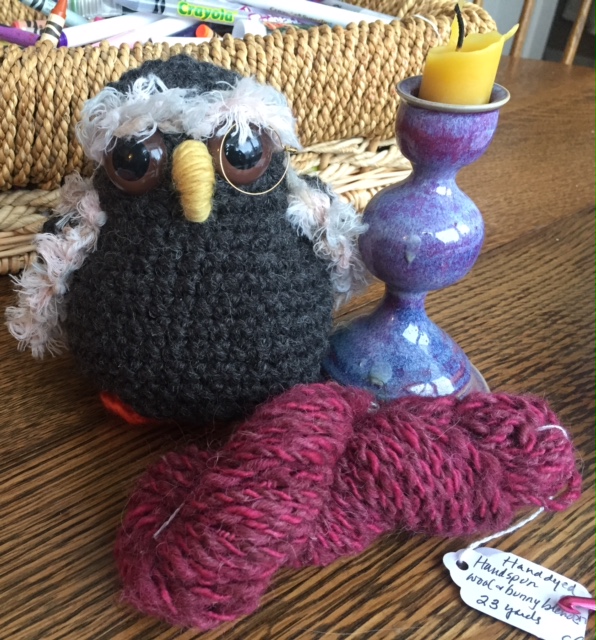 Still on my needles: 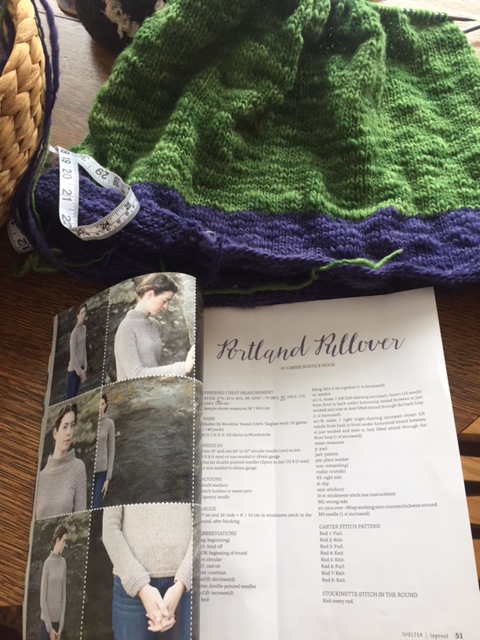 Here is the pattern. It’s on Ravelry, as well as in the beautiful and inspiring Issue 16 of Taproot.

A properly earned snow-day is the BEST! We. Will. Play.